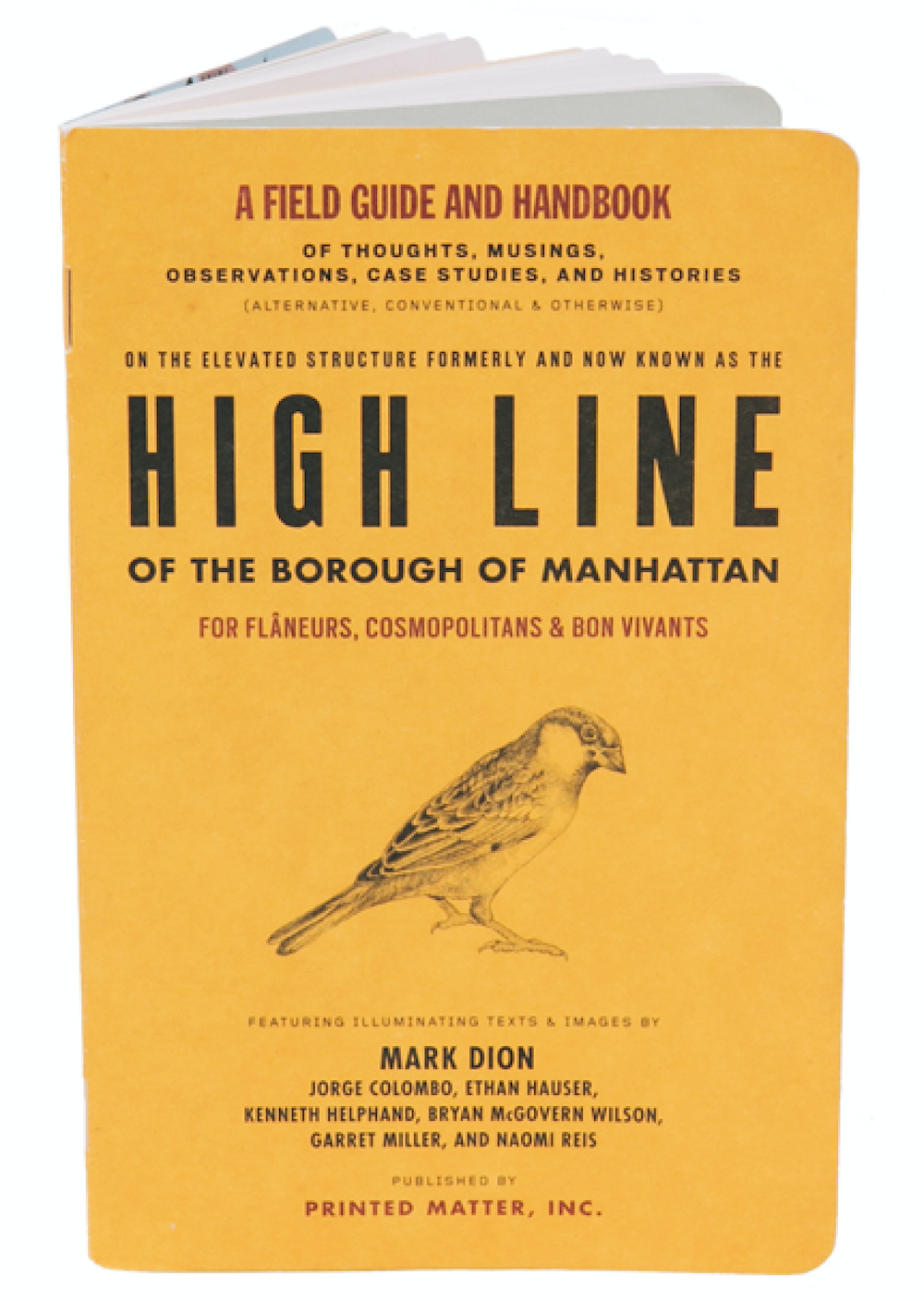 As someone who tries to write a guide to New York, enjoys searching for off-beat places among other things, and likes the idea that travel isn’t about where you go but how to see the world, I can seriously relate to the language of this curious pocket guide to the High Line. I guess you could say it’s my kind of thing!

(Side note: The High Line is a magical urban park set up above New York City’s streets on a once-abandoned elevated railway line built in the 1930s to move food around the city. Today, it’s been completely restored, elegantly weaving its way 1.5 miles uptown between 10th and 11th avenues, from West 14th to 34th street, in and out of shiny high rise apartment blocks, playing peekaboo with the city’s streets and the Hudson River. It’s a beautiful outdoor space filled with art, intriguing plants and flowers, little nooks, look-out spots, hideaway corners and places to sit and reflect on the world below. It’s one of the city’s most popular sights… and best of all, it’s free.) 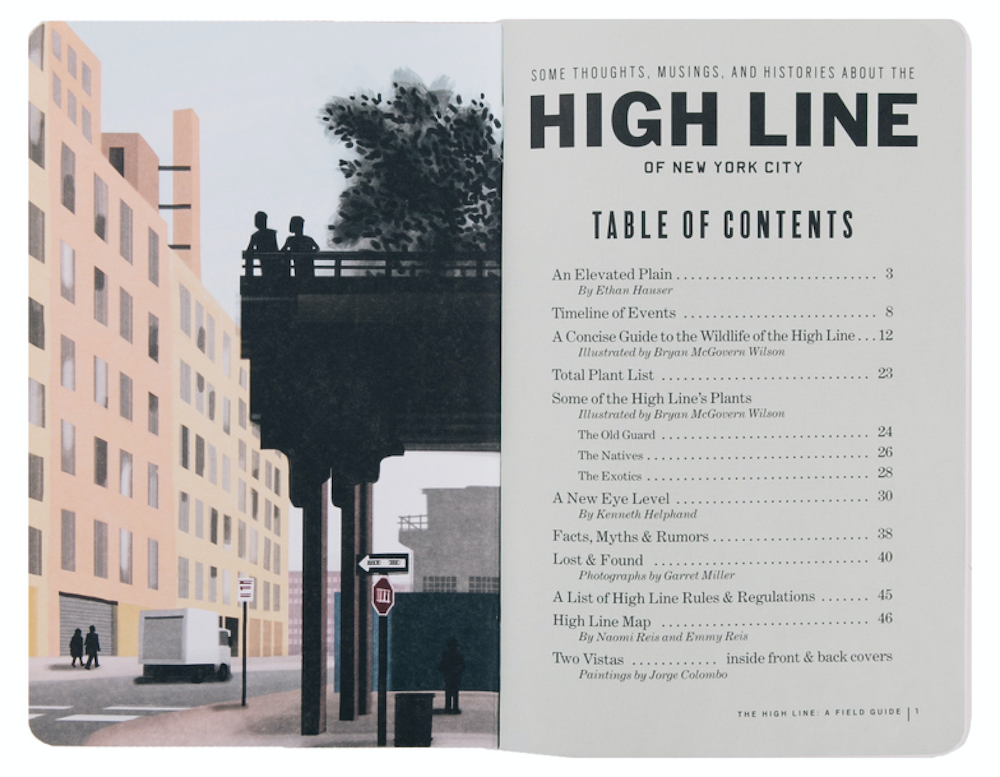 Written for the leisurely wanderer, the High Line Field Guide takes us on a journey around the park, in the style of a cool vintage tourist or etiquette pamphlet, filled with old-fashioned black-and-white illustrations and nostalgic photographs.

It provides useful historic background, a concise guide to the wildlife of the High Line, a complete list of plants – old, new and exotic –, a section on rules & regulations, oh, and a handy map. There’s also a brilliant Lost & Found section, offering us a glimpse into the treasure trove of commonplace and unusual items in its vault, like the discarded saucepan, homemade shortcrust cherry pie, Kung Fu Panda and a fake eyeball… 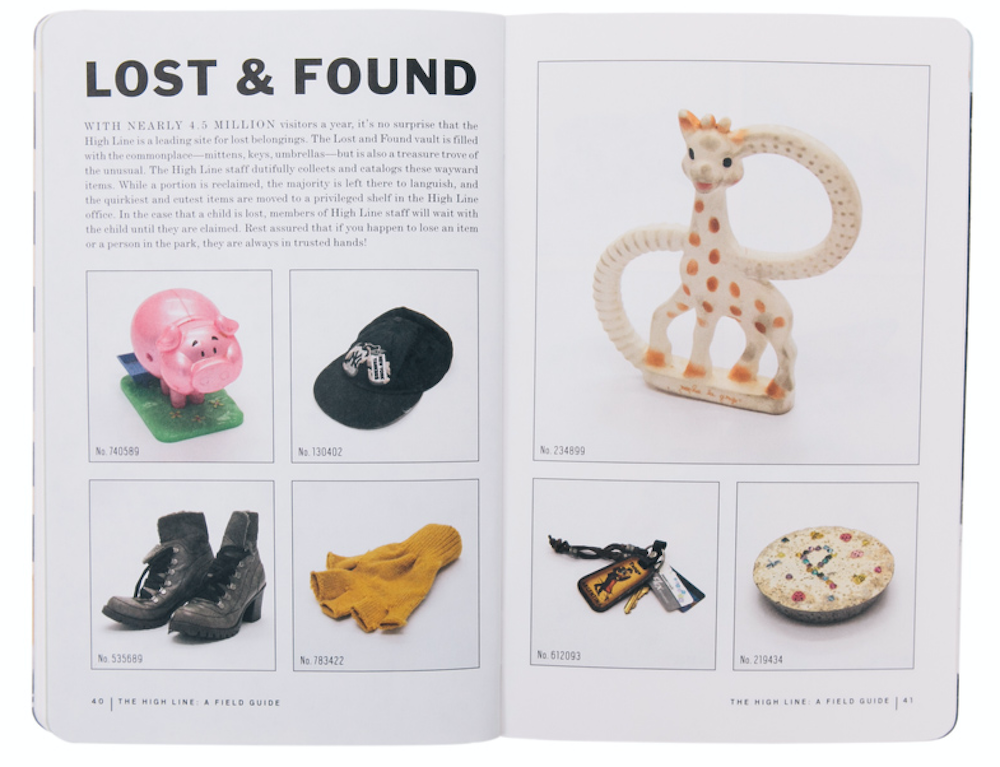 The tone is formal, just like a tourist pamphlet would have been in those days, but it’s not all serious business. Its clever writers have given it a whimsical twist by peppering the old fashioned-style ‘Facts, Myths and Rumours’ section with one-line historical statements that might be true, but then again… might not, adding an air of intrigue as we stroll through the park, encouraging us to question our surroundings. Like whether the ghost of the West Side Cowboy seen around the West 20th street section of the park really exists, the soil is 18 inches thick, the ‘grating’ is non-stick and the staff have actually developed a contraption of retrieving lost engagement rings… Will we ever know? 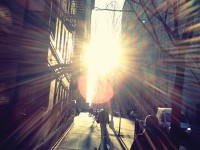 Manhattan, This Time Around

One Man Has Spent 38 Years Sketching Art in the Subway, So Far…